This weekend, AJGaming is going to "merge" even closer with the Complex network. Therefore we are closing down certain servers over the time, to ensure a flawless transition. You can obtain the current status from #status-updates on our discord.

Where do the servers migrate to?
Vanilla servers will merge directly into the complex core, Advanced Wizardry and VoidPack 2 will merge into FTB without a reset or lose of any past progress.
All vanilla servers aside Creative (so SkyBlock, Prison and Survival) will update to 1.15.1, receive a full map reset and return will lots of enhancements and updates. Looking on the fact that an update was work in progress and the other servers were very low of players.
Aside that, we will launch a...
Continue reading...
October Build Competition

The first place gets a $30 shop voucher, the second place $15 and the third place $5
The winners will be contacted via a forums PM, if you do not have a forums account, /register ingame. Otherwise you cannot receive your rewards and they will expire.
Continue reading...
New Server - Survival 1.14.4

Yep, you read that correctly, the survival server gets an update

The current server is online since 1.13 exists without a wipe, so we decided to wipe it and give it a fresh start on 1.14, which will fix lots of issues too, such as McMMO levels not working e.g

Please note, the world is partial-augmented. That means, parts of the world (like the spawn) contain augmented terrain, items, loot etc, where other parts of the world look like a regular world. The transition from partial-augmented to vanilla are smooth, so expect some chunks being cut.
We chose to do so, because we had players liking the augmentation and players liking vanilla generation, so we patched everything into 1 world to provide both. From prior testing, it looks a bit odd, but hey, what is "normal" these days

1.14 has huge performance flaws, so you can expect the server crashing from time to time or just lagging a bit.

like announced in my last post, the build competition will return after some changes.
And here we go. All important information is below:

The first place gets a $50 shop voucher, the second place $25 and the third place $10
The winners will be contacted via a forums PM, if you do not have a forums account, /register ingame. Otherwise you cannot receive your rewards and they will expire.
The previous plot size was 71x71, so you have a bit more space for this competition.
Continue reading...
CREATIVE - New BuildCompetition Format

Hello fellow players,
like many of you know, there is a monthly build competition running for several years now, almost since 2015.
It used to work like a theme was set in place and you had time to build something on a 71x71 plot. Therefore you had one month and after that the plots were given a review. But before I will explain details about further changes, lets reward the winners for the previous comp first:

April's and May's theme was The Wild West

Winner plots can be viewed by typing /bcwinner

Alright, so lets talk about some changes. I do not want to remove the buildcomp, just change it.
First, the duration of the competition will change. Running a competition...
Continue reading...
1.13.2 - SKYBLOCK 1 & 2

Read the post before asking anything, it will most likely answer your questions

Like you already just read, the SkyBlock servers (/sb and /sb2) are now upgraded to 1.13.2.
You might notice that your levels might be lower or higher to previously, that's just caused by the new blocks and their values being added. Islands weren't reset, so you can continue where you are.
During the upgrade, some chests might became enderchests or signs became kelp, so I left the decision up to you if you want to reset your island. The old system is not fully compatible with the new one so a reset is most likely the best decision for your island.

Okay, now to the things we reset:

Hello fellow users,
some time passed by and we are going to introduce a new server; Prison. I'm going to explain a bit in the following part, how things work.
The server runs 1.13.2 therefore you need to select 1.13.2 on your launcher to access it.
You can join the server by typing /prison or using /servers
If you are a default player, you start with the starter kit, if you have a rank on the vanilla servers, you can select your kit via /kits. You mine your way thru mines from A - Z and sell the items on /shop
Donator ranks have access to various more commands such as /sell all, but you can read more about that on the store http://store.ajgaming.net/category/1030135
On the scoreboard you can see how much money you need to rank up, if it's at 100%, you can run /ru and access the next mine.
Mines reset every 4 hours or if they are mined to a certain amount, the current status is displayed in the title bar if you are inside a mine, see...
Continue reading...
1.14 support is here! 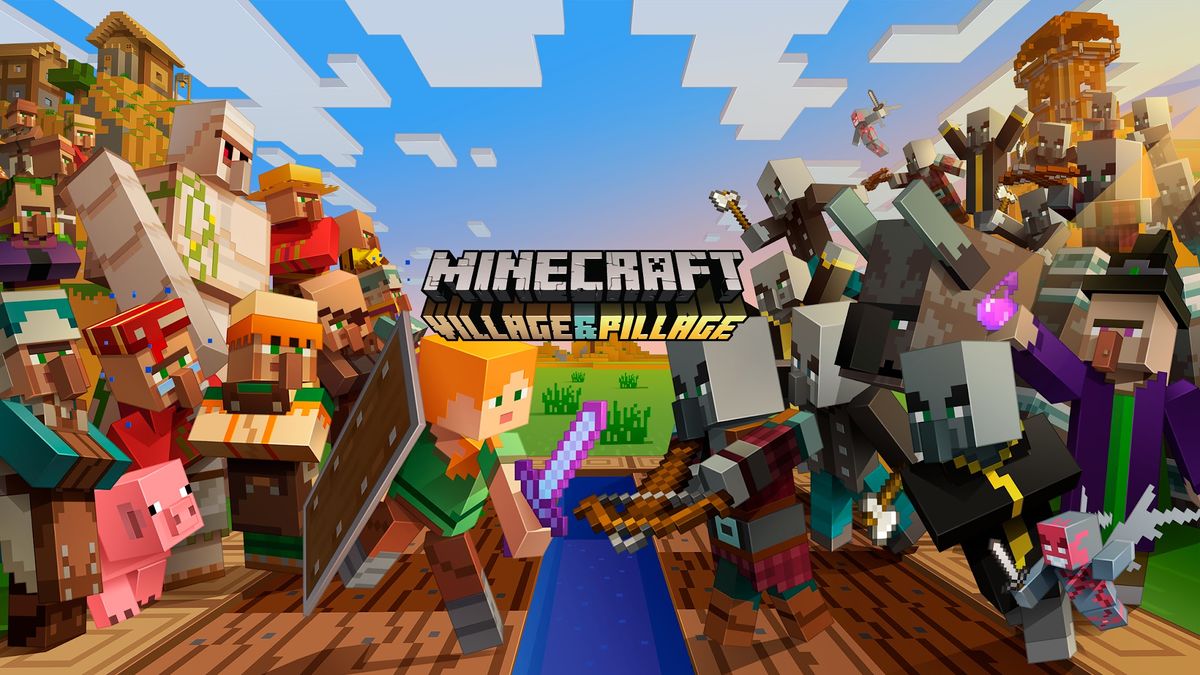 Like many of you already noticed, the new version of Minecraft has been released yesterday, better known as "Village & Pillage Update". 1.14 compatibility has been added over night, so you can join all vanilla servers with 1.14 now. Make sure you use the latest 1.14 release. not a pre-release, these versions are unsupported.

Over the past few months, people asked me if I could enable legacy support again, so they don't need to switch Minecraft versions to join from modded to vanilla, well, here we go. If you play on any modded server of our network, you can easily switch using /creative or /skyblock to change servers.
I'm happy to announce that the vanilla servers support now 1.8 - 1.14, so feel feel to use whichever version you want

April's theme is The Wild West

Type /comp followed by /new to get started.

A few rules for the Competition:
► Only you are allowed to create your build.
► You must only claim one plot.
► Do not submit competition plots for build ranks.
► Do not merge plots.

The plots are getting reviewed at the end of the month, unfinished plots or those which doesn't fit the requirements stated above will get deleted without review.
Continue reading...
Global Vote Links

Here you can find our global vote links. If you vote, your vote is stored on every server of our network.
That system allows you to vote even when you are offline and claim your rewards once you are online again.
You can vote once every 24 hours per link